Rafael Serrano was born in Santurce, Puerto Rico. He was the second child (of three children) of Rafael Serrano Serrano, and Gladys Gonzalez Serrano. In the early 70’s he moved to Brooklyn, NY, where salsa music influenced his life and at the age of thirteen, he started playing percussion instruments such as, the Maracas, Chequere, Clave and Bongos. In the early 80's Rafy joined the military (Army) and moved to the Presidio in San Francisco where he served as a combat medic. During this time, he also became a serious vocalist for various salsa music bands. Rafy moved back to Puerto Rico where he attended college and received a medical degree. Rafy was a surgeon’s assistant at Forrest Medical Center where he supported surgeons and nurses during operations and/or medical procedures. He thoroughly enjoyed his work! He had a sensitive bedside manner for his patients and was well respected in the medical field. Rafy was proud of his Puerto Rican heritage and proudly became a member of the WRPRC to serve the Puerto Rican community. He often was heard saying; "El “Día De San Juan” Festival" was a wonderful place to be, it’s like a family reunion! He was a remarkable gentleman and a man of faith and honor who professed his Christian love and values in his everyday life. Rafy was a great son, brother, father and grandfather.  Rafy was a devoted friend with an enthusiastic sense of humor and was always smiling! He loved spending time with his wife, traveling around the world dancing salsa and enjoyed cheering up his friends with rum and a good cigar!
He was laid to rest in peace on his loving land of Puerto Rico. Today he is resting in heaven! Rafael is survived by his wife Patty Serrano, his five children and six grandchildren.
Rafael will be in our hearts and memories forever.
RIP (9/15/63 - 9/24/19).
​On behalf of the WRPRC, thank you for all your contributions to the salsa music community, you both will be missed.  Respectfully, the WRPRC 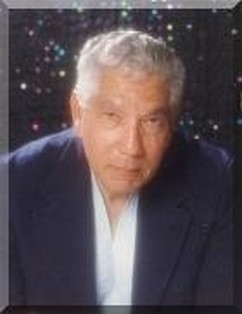